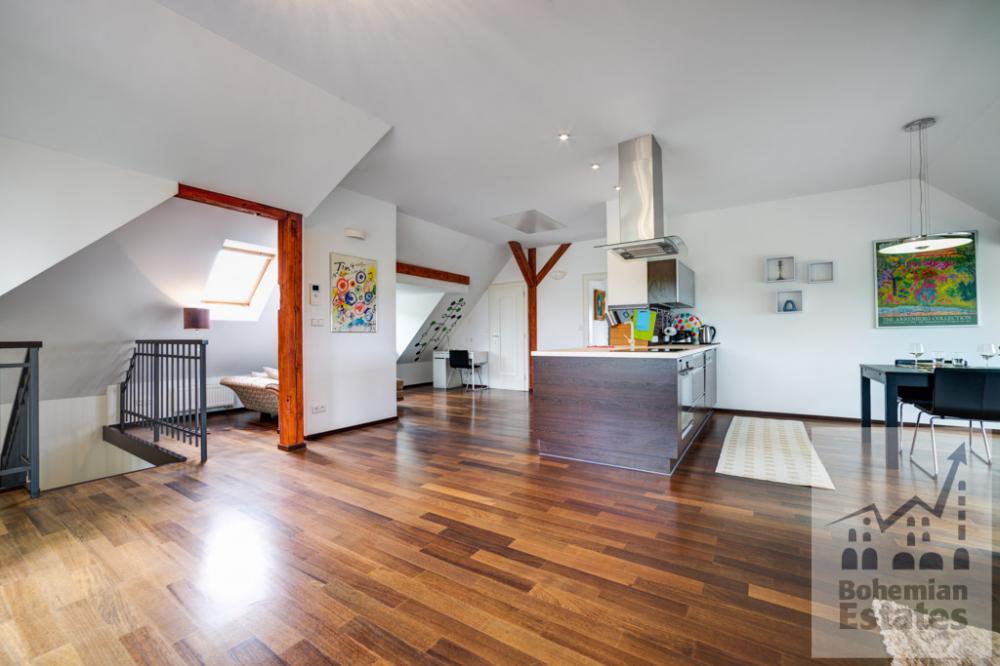 Apartment is situated in a village Nosislav which is an ideal starting point for trips to South Moravia (directions to Mikulov, Pasohlávky or Lednice etc.) but also for journeys to Brno.Recommended trips: Aqualand Moravia in Pasohlávky (17 km) with children, dinner in luxurious restaurant Barrio Gotico in Kurdějov (13 km) or in an amazing cafe Fara in Klentnice (26 km), wine tasting at Válka (in Nosislav) or at Gotberg (Popice, 14 km).Please contact us in case you wish us to arrange the trip for you.
Nosislav Attic Apartment offers a welcoming accommodation in modern spacious apartment located in a unique house in Nosislav. The main attributes of the apartment is a terrace with seating and a charcoal grill and breathtaking view of surrounding nature. The main living room consists of a TV corner with comfortable seating bags, dining table and modern kitchennette with appliances and utensils and a corner with a writing desk and a sleeping sofa. Bedroom with a doublebed is seperated. Bath and shower are availabe in bathroom. The locality is highly suitable for cycling, wine trips, nearby there is located Nové Mlýny dam and Pasohlávky aquapark. Trips to wine-growing region around Mikulov or to Brno are recommended.
This apartment is very unique as it is located in a magnificent villa with details of funcionalism which was built in 1929 by a modernist architect Antonín Mendl who was a significant personality of Czechoslovak interwar architecture. The original owner of the villa was a native of Nosislav, Adolf Hlaváček. His life illustrates the history of Czechoslovakia excellently. At the very beginning of 20th century he worked for an American oil company which used to have its subsidiaries in Wien and later also in Prague and Brno. He was commited in Italy during WWI. After the war he came back to the company and initiated the establishment of its subsidiaries in Czechoslovakia and became a director of the subsidiary in Prague. In 1938 the company was taken over by Germans and he was early retired. He moved to his villa in Nosislav and worked as a farmer. In 1948 he got into problems and later he moved to the apartment on the ground floor which was originally designed for a gardener and a boiler operator. The upper floors were occupied by some tenants which was a common practice in those times. He died at the age 89 after an injury which he inflicted on himself in the wineyard.
Please be informed late check-in after 20.00 is surcharged by 20EUR.
+ Más 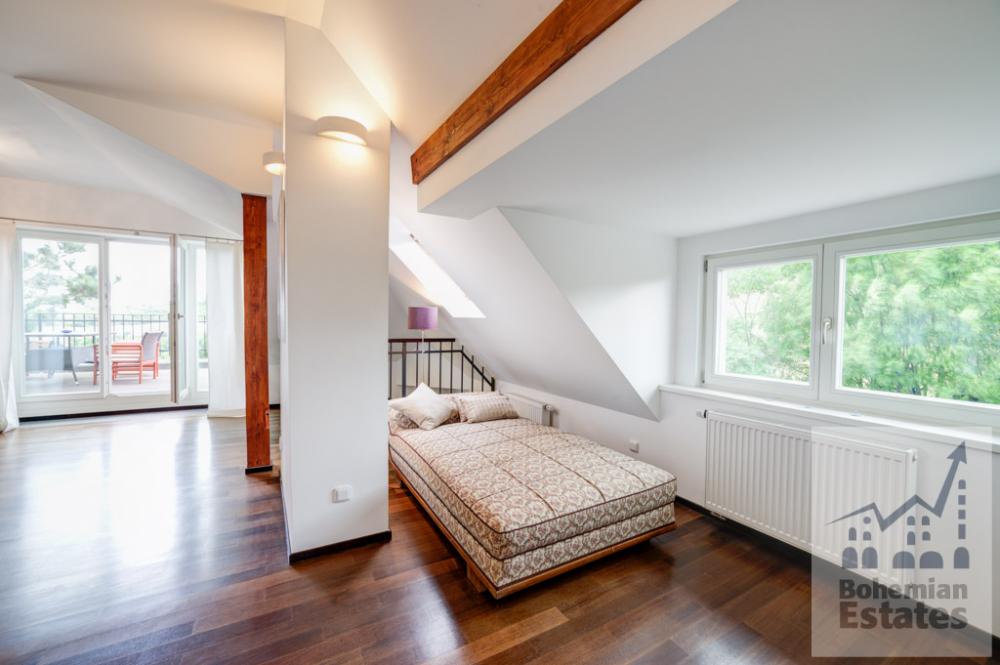 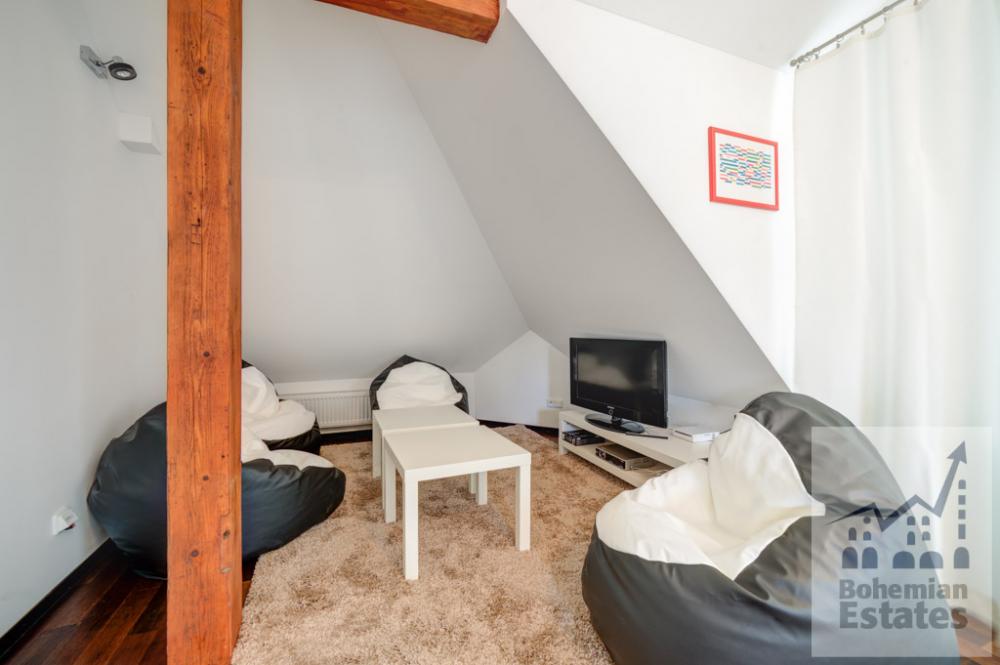 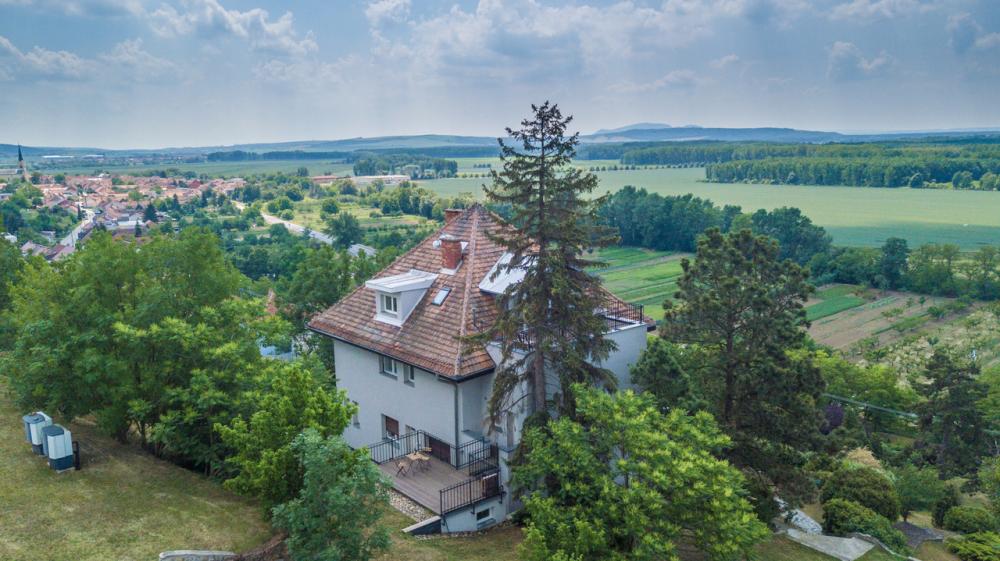